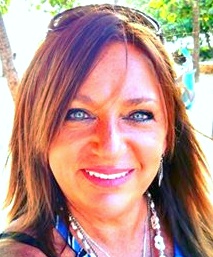 My name is Barbara Rawson and I am an Animal Communicator. I ask animals questions and they give me answers telepathically.  Telepathy is the ability to communicate information from one mind to another without the use of tools such as speech or body language.  Information is received using all of the five senses: smell, hearing, touch, sight, taste, plus a sense of knowing. Telepathy is considered the purest form of communication, as there are no external influences which can cause miscommunication and confusion.

The benefits of Animal Communication range from discovering why the animals are acting a certain way to knowing how they are feeling physically.  There are also emotional benefits for the animals.  They tend to be calmer and more self-assured after a session.  I attribute this to their finally having their voices heard.

I was left to my natural devices and was encouraged to use my imagination.  That is when I started allowing the innate ability of interspecies communication to grow.  My sense of knowing how animals were feeling, what part of their body needed tending, and what they needed to eat, became as easy as breathing. And I naturally thought everyone did this!   The animals and I responded to each other….they listened to everything I had to say, understood me, and accepted me.  I, in turn, listened to them and did what I could to accommodate their needs or wants and I was a very happy being.

In 2005, I had the opportunity to attend an Animal Communication workshop taught by Diane Samsel. This experience enriched and deepened my telepathic abilities so I could communicate easily on levels I had only been able to reach by chance before.  Complete communication was now accessible at will.  Next, I did an intensive, advanced study led by Penelope Smith, the pioneer of the Animal Communication industry.  This got me even stronger on the path to the work I do today with my mission being "to help all animals be heard and understood".

Think for a minute about the word “communication”.  The definition of communication is: "The process of conveying information from a sender to a receiver with the use of a medium in which the communicated information is understood by both sender and receiver."
1. It allows beings to exchange information by several methods.
2. It requires that all parties understand a common language that is exchanged.
3. Communication is something we have no choice but to do.

a.  There are auditory means, like speaking, singing and sometimes tone of voice.

c. There are telepathic means, in which information such as images, sounds, smells, tastes, feelings and a sense of knowing, is exchanged via the mind.

Even when we think we have shut down communications,  we are still sending a message LOUD and CLEAR!  Right? As Gregory Bateson stated: “One cannot not communicate.  Every behavior is a kind of communication. Because behavior does not have a counterpart (there is no anti-behavior), it is not possible not to communicate!”

Say you are having an “issue” with your dog. You have asked him for a certain behavior and he doesn’t give it to you.  First, consider that maybe he is telling you that he does not understand exactly what you are asking of him. Is he telling you that the way you were sending the request did not get received?  If so, ask him in a different way….maybe a different tone or maybe with a different reward?  Or possibly he is telling you he would rather be doing something else at that time, like just hanging out.

What you have just received from your dog is called “feedback”, and it is often misinterpreted as failure.   Feedback just tells you to regroup and try something different.  That is all feedback is…it is no reflection on you. Also, multiple descriptions are better than one, and by remembering this, you have just opened up a whole new world for exploration!  Consider seeing things from his perspective. What is it like? This allows you to see solutions to “issues” in new ways, and possibly with less emotional attachment. 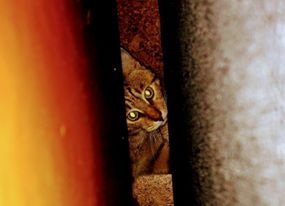 What is Animal Communication?
Animal communication, or telepathic communication with animals, is communicating by sending and receiving images, tastes, smells, feelings, sounds and a sense of knowing via the mind. Since telepathy does not require any exterior means of sending or receiving information, one does not have to be in the same room, city, state, or even the same country to have these conversations.